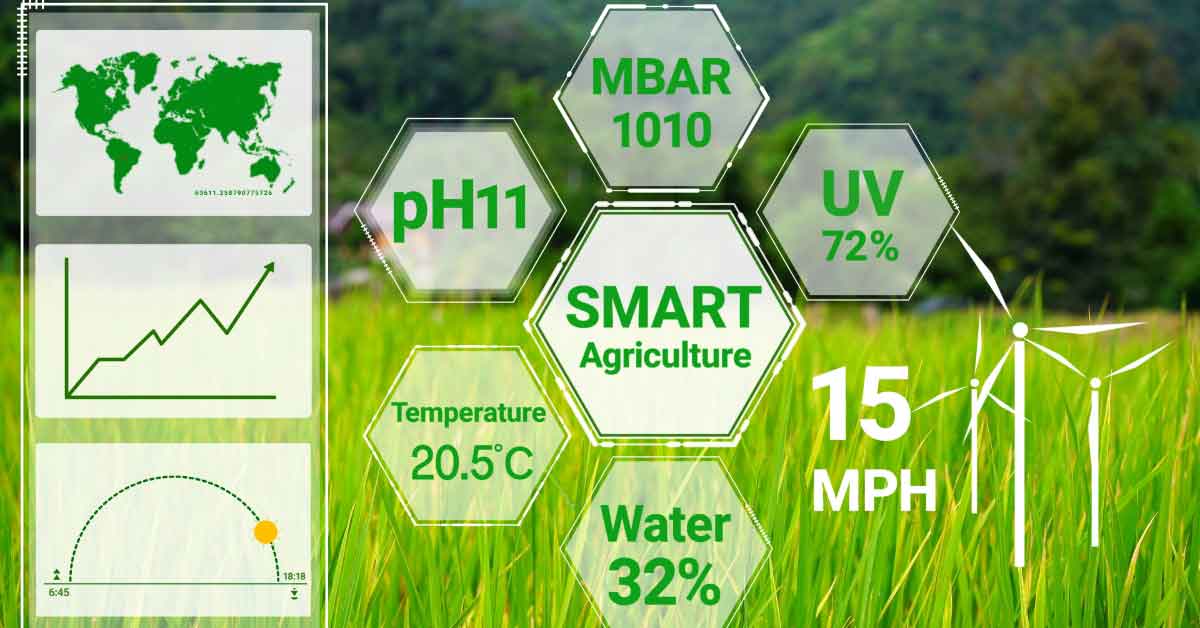 With the developing choice of the Internet of Things (IoT), connected devices have infiltrated every phase of our life, from fitness and health, home computerization, automotive and logistics, to smart cities and industrial IoT.

The IoT technology has received smart wearable’s, connected devices, automated machines, and driverless cars. Though, in farming, the IoT has caused the biggest influence.

According to recent estimates, the world population will hit 9.6 billion by 2050. And the agricultural sector is obligated to follow the Internet of Things to sustain this large population. IoT is eradicating threats such as severe weather, climatic transitions, and environmental effects and assists us in meeting the need for more food.

Tractors and harvesters were mechanical inventions that were introduced into agriculture operations in the late twentieth century worldwide. Because of the increasingly increasing demand for food, the agriculture industry depends heavily on revolutionary ideas.

The Industrial IoT has aided increased agricultural productivity at a lower cost. Smart systems led by IoT will become more prevalent in agriculture operations over the next few years. According to a recent estimate, the agriculture industry will see a compound annual growth rate of 20% for IoT system installation.

In addition, the number of linked agricultural devices will increase from 13 million in 2014 to 225 million by 2024.

An IoT solutions provider and company owners encountered deployment difficulties in rural or less developed areas due to a lack of consistent and secure connectivity network infrastructure. However, by adding satellite access and developing wireless networks, more network operators are making that possible.

How IoT in Agriculture took its footprints?

Sensors have been used in agricultural activities for a long time. However, the conventional way of using sensor technologies has the drawback of not getting real-time data from the sensors. We were able to use the data because the sensors logged it into their attached memory.

Much more sophisticated sensors are being used in Agriculture as a result of the advent of Industrial IoT. The sensors are now linked to the cloud through a cellular/satellite network, allowing us to access real-time data from the sensors and allowing for more efficient decision-making.

In the agriculture industry, IoT apps have helped farmers track water tank levels in real-time, making the irrigation process more effective. The advancement of IoT technology in agriculture operations has introduced sensors into every aspect of the farming process, such as how long it takes a seed to develop into a fully-grown vegetable and its costs.

As a second wave of the ecological movement, the Internet of Things in Agriculture has emerged. The advantages of implementing IoT for farmers are two-fold. It has assisted farmers in lowering costs while also increasing yields by providing them with reliable data to aid in decision-making.

Applicability of IoT in Agriculture: 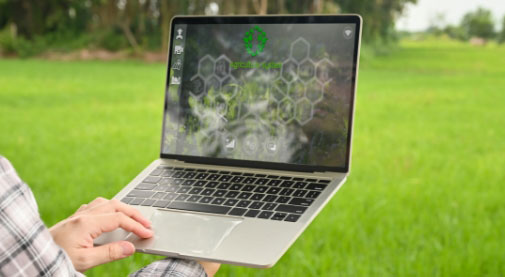 Smart Farming is a high-tech and efficient method of cultivation and food production that is environmentally friendly. It is a method of integrating smart electronics and cutting-edge technology into agriculture. Smart farming is heavily reliant on the Internet of Things, eliminating the need for farmers and growers to do manual labor and thereby increases productivity in every way imaginable.

With recent agricultural trends reliant on agriculture, the Internet of Things has brought significant benefits such as effective water usage, input optimization, among many others. What made a difference were the enormous advantages, which have recently revolutionized agriculture.

By tracking the field in real-time, IoT-based Smart Farming strengthens the whole Agriculture system. The Internet of Things in Agriculture has helped farmers save time by using sensors and interconnectivity. Nonetheless, it has reduced the wasteful use of energy like water and electricity. It monitors various variables such as humidity, temperature, and soil, among others, and provides a crystal clear real-time view.

The below are some of the advantages of introducing modern technologies in agriculture:

In farming, the climate is extremely important. In addition, having a poor understanding of the climate has a significant impact on crop production quantity and efficiency. However, IoT solutions allow you to monitor weather conditions in real-time. Agriculture fields have sensors mounted both inside and outside of them. They gather data from the climate, which is then used to choose the best crops for growth and sustain in particular climatic conditions. Sensors are used in the IoT environment to monitor real-time environmental conditions such as humidity, rainfall, temperature, and more.

There are various sensors available to view all of these parameters and customize them to meet your smart farming needs. These sensors keep track of the crops’ health as well as the environmental conditions around them. A warning is issued if any unusual weather patterns are discovered. The need for physical appearance during adverse weather conditions is abolished. This, in turn, boosts productivity and allows farmers to enjoy more agricultural benefits.

One of the most well-established IoT technologies in agriculture is precision agriculture, also known as precision farming, like the smart farming solution for farms and gardens. Livestock surveillance, vehicle tracking, field observation, and inventory management are examples of smart farming applications that help make farming more precise and supervised. The goal of precision farming is to interpret data generated by sensors and react appropriately.

Precision farming enables farmers to collect data with the aid of sensors and interpret the data to make informed and timely decisions. Many precision farming techniques, such as irrigation management, livestock management, vehicle tracking, and others, are important in increasing productivity and effectiveness.

Precision farming allows you to monitor soil conditions and other associated parameters to increase operating performance. Not just that, but you can also detect the embedded devices’ real-time operating conditions to detect water and nutrient levels.

IoT has allowed weather stations to automatically change climate conditions according to a specific set of instructions, allowing us to make our greenhouses smart. The use of IoT in greenhouses has reduced the need for human interference, rendering the whole operation more cost-effective while still increasing precision.

These sensors capture and relay real-time data, allowing for accurate real-time monitoring of the greenhouse state. The water consumption and greenhouse state can be tracked through emails or SMS warnings thanks to the sensors. The Internet of Things is used to carry out automatic and smart irrigation.

The data obtained from IoT sensors need more storage than a traditional database system would provide. The smart agriculture framework relies heavily on cloud-based data storage and an end-to-end IoT platform. These programs are expected to play a significant role in enabling better operations to be carried out.

Sensors are the main source of large-scale data collection in the IoT universe. Using analytics software, the data is processed and converted into useful facts.

Climate, animals, and crop conditions can all be analyzed with the aid of data analytics. The information gathered allows for improved decision-making by using technological advancements. Through collecting data from sensors using IoT devices, you will learn about the real-time state of your crops.

You may use predictive analytics to gain insight into harvesting choices to make smarter ones. Farmers may use pattern forecasting to predict future weather patterns and crop harvesting. IoT in agriculture has aided farmers in maintaining the quality of their production and their soil fertility, resulting in increased product volume and quality.

Agricultural activities have almost completely changed due to technological advances, with the advent of farming drones being the most recent disturbance. Drones are used on the ground and in the air to evaluate crop health, track crops, grow crops, spray crops, and conduct field research. Drone technology has increased and found its way into the agricultural sector with proper strategy and preparation focused on real-time results.

Sensors detect the health of the crops and measure their vegetation index until they begin to flower. Smart drones eventually reduced the environmental effects. As a result, there has been a significant decrease in the amount of chemical that reaches the groundwater.

Internet of Things (IoT)-enabled Agriculture has aided in the implementation of cutting-edge scientific alternatives to age-old wisdom. This has helped in bridging the difference between output, efficiency, and yield quantity. Data gathered by collecting and importing data from various sensors for real-time use or storing in a database guarantees quick action and minimal crop loss.

Produce is handled quicker and hits supermarkets in the shortest time possible thanks to smooth end-to-end intelligent processes and enhanced business process execution.