You are here:
Embedded SystemProduct Engineering 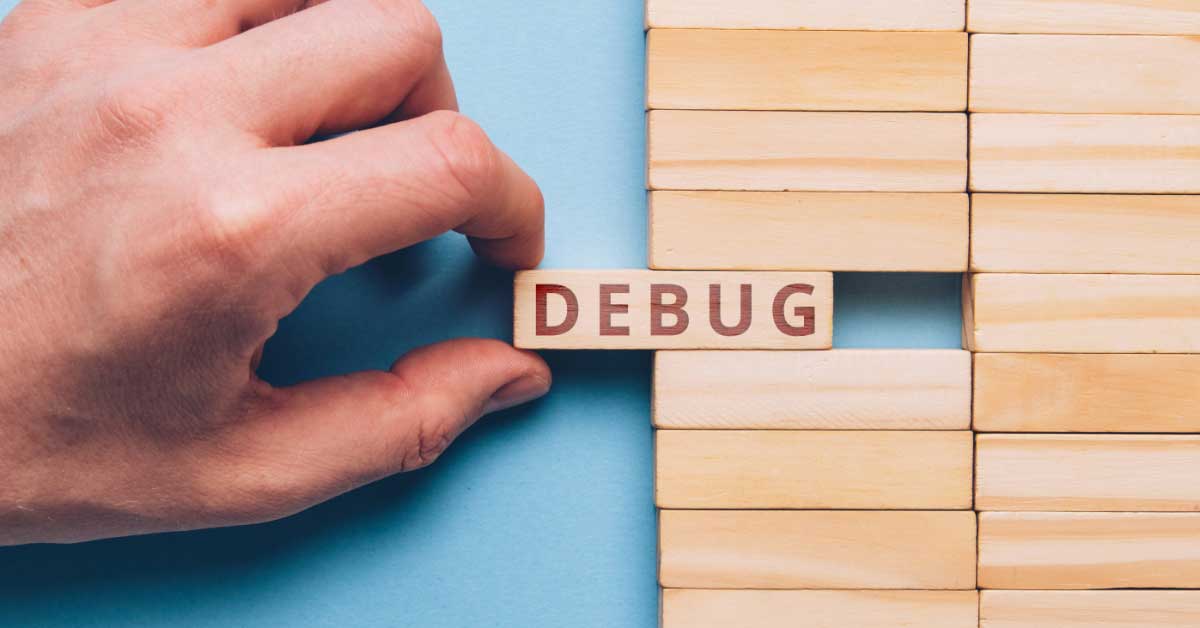 Strong design practices will go far to help decrease bug counts. Once that system must be, or, depending on the outlook, get the chance to be fixed. We have a tendency to be irritated and even astounded by the presence of bugs. It doesn’t need to be that way. It’s simply one more aspect of critical thinking. With the correct tools and strategies, alongside resetting our needs, the debugging procedure can really be pleased.

Learning and spreading different debugging techniques reduces the bug count during the development process and enhance the code quality. Take a try at were your more experienced specialists doing a short course on procedures and having the more youthful engineers gain from them.

Here we provide 6 techniques can go far in helping the debugging procedure for embedded system development:

Home in on the location of the problem as much as possible before trying to understand it. This can save significant time both in simulation and in the lab on hardware in the long run. To elaborate, let’s say you’ve got a chained set of processing-intensive signal processing algorithms; let’s call them A, B, C, D. When you stimulate A and observe D, you notice a problem. If you can narrow down that the input to C looks fine, but the output of C is bad, you’ve just homed in on the bug and the problem is likely within C. Now you can strip away dealing with the additional complexities of A, B, and D.

This concept also works from a bottom-up perspective. Verify that the lower level functions work first, then work up through the layers of abstraction. For example, perhaps you’ve got an analog data logger algorithm. Start by verifying the low level A/D interface, physical memory interface, and physical communication bus interface. Then move up a layer to verify functions like data handlers and routers. Finally, verify the top level of the data logger.

3. Slow the process down:

Slow down clocks and data rates. Perhaps some timing requirement isn’t being met. Maybe one algorithm isn’t synchronized with another. Perhaps one of the algorithms that needs to be data-driven was accidentally coded to be clock-driven. Or maybe one device is trying to push data too quickly to another.

4. Only change one variable at a time:

When there are multiple inputs, it can be valuable to isolate them and only change one input at a time, observing the system response. The trick here is to identify all the inputs that induce a change in the output of the system. This is related to fault isolation and activation.

These models should match as closely as possible the real-time algorithm, for bit-level comparison. This is most useful for non-intuitive transformations (such as matrix operations) where it’s too challenging to understand what the output should look like relative to the input. If the real-time algorithm is fixed-point and the off-line algorithm is floating-point, there may be small discrepancies that accumulate and cause problems.

6. Start from a known-good state:

Slowly tune the input until something breaks, and the bug is observable. This can be helpful for scenarios where overflow may be occurring. For example, if bit wrapping is suspected, slowly increase the amplitude at the input until the problem is observed. Similarly, if there are buffers in use, start by feeding a small amount of data into the algorithm and slowly increasing until the suspected condition occurs. Alternatively, maybe a control loop that breaks with large transients may appear fine with smaller deviations around a steady-state condition.

After looking at the problem alone for a while, a second set of eyes can certainly help as well, so don’t be afraid to have an outsider take a peek.

Monitoring of Transactions in KYC: Fighting Money Laundering in the Financial Firms
January 13, 2023
What’s Hot
Most
Populer
Commented
Viewed
Most Popular
Most Commented
Most Viewd
Subscribe
Go to Top