What’s in the Sphere of IoT Analytics!?

With the new development of IoT and the sumptuously timeless importance of analytics for businesses emerged the concept of IoT Analytics. With processing and storing massive volumes of complex data from IoT devices, IoT Analytics fetches insightful business value. This is brought into effect with an assortment of tools, including data lakes and analytics tools.

IoT Analytics revolves around the aspect of reaping value from a huge outlay of data generated by IoT-driven devices. Being customarily linked to the Industrial Internet of Things (IIoT), IoT Analytics is presently also employed as a technique for other sectors like retail, healthcare, data center management, etc. Traditionally, IoT Analytics was linked to the industrial domain for receiving and interpreting data from pipelines, weather stations, sensors placed on manufacturing equipment, smart meters, delivery trucks, and other machinery.

As presented in the report by Markets and Markets, it could be stated that the global IoT Analytics market is set to witness a rise from USD 7.2 billion (Base Year 2017) to USD 27.8 billion (Forecast Year 2022.) The vital factors owing to such tremendous growth of IoT Analytics include the boom in IoT data generation. The development of IoT Data Generation further stands indebted to the increased deployment of IoT devices and the call for advanced analytics plus automation for businesses to sustain competition.

The Vivid Types of IoT Analytics:

IoT Analytics is a tree with many branches alongside in the form of its vivid types. Take a look at the different IoT Analytics, and decipher their significance:

Descriptive Analytics aims at monitoring the state of IoT products, devices, machines, and assets. Besides, ascertaining if events are advancing as outlined and suggesting if aberrations transpire. It is commonly executed through dashboards that display existing and historical sensor data, key performance indicators (KPIs), statistics, and alerts.

The reason behind why something’s happening is what Diagnostics Analytics considers. It analyzes the IoT data and detects the core issues in the process, service, or product to fix the same. Basically, Diagnostics Analytics allows end-users to penetrate within the collected data, associate it, and conceive correlations and trends in an impromptu style. Companies would need the assistance of domain experts to carry out diagnostics against data drawn on distinct processes, machines, devices, or products. 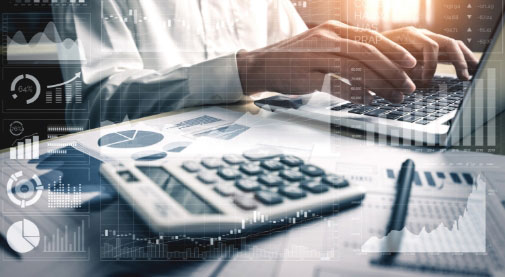 As the name itself suggests, Predictive Analytics answers you for what would happen next. It does the job of evaluating the probability that a particular event will transpire within a definite time period, based on its analysis of historical data. It revolves around facilitating the users to enterprisingly undertake corrective action, thereby declining the possibility of objectionable outcomes or risks. This type of IoT Analytics could be executed through machine learning models infused with historical data and commissioned on the cloud to be ultimately reached by end-user applications.

As in the name, Prescriptive Analytics provides for the next-best-action to be implemented by the end-user. Not only does it suggest actions based on the result of the diagnosis, but it also provides visibility to the rationale behind the diagnosis. Thereby leading to optimize or fix any problematic event.

IoT Analytics finds its use across different domains and activities, provided its comprehensive set of amenities. For instance, IoT Analytics can forecast customers’ needs, make predictions to deliver new and optimized services, and offer a dynamic billing and pricing model. This would better comprise an exceptional marketing and sales activity.

In the chaos of numerous IoT ecosystems, the one with the power of IoT Analytics would definitely triumph. Be it the commercial or technical ecosystem across any of the sectors like smart city, financials, smart homes, healthcare, or others, IoT Analytics would be required by all. It’s time now to introspect the importance of IoT Analytics for your business and connect with Teksun’s expert consultants!