Why prototypes are necessary for IoT product development

The Internet of Things, including other technology like Blockchain, Chatbots, and Artificial Intelligence, is gaining traction. It’s not just a buzzword; it’s also a good idea to refer to it as a company. SAP, Microsoft, and Dell are among the computing companies that have already adopted the technology. It is no longer limited to large corporations; IoT product development is infiltrating every home and everyday life.

“According to Statista, the number of connected devices is expected to exceed 60 billion by 2024”

There’s a lot more to come from IoT as technology advances and makes our lives simpler. Let’s look at what Prototyping in IoT is all about before we go any further.

What is the Internet of Things?

The internet of things is a network of physical machines integrated with electronics, software actuators, and networking, allowing them to communicate and share data. When it comes to creating the first IoT application development, deciding on functionality and getting the team on the same page can be challenging.

As a result, prototyping is used to assist software engineers in creating an information structure that is simple to use for end-users. Prototyping is an iterative approach to product creation that is critical to understanding.

It can take several different ways, ranging from low-tech drawings to paper screens into which developers can paste controls and artifacts to a high-tech operating structure. Let’s look at how to build designs for the first IoT Product Development without further ado.

Determine the Most Difficult Problem by prototyping ferociously.

Your money would be squandered on a full-scale production. Instead, devote your time to thoroughly prototyping the device. Snapchat has been prototyping for over a year, much like the current Spectacles design. “It’s about us finding out how it blends into people’s lives and seeing if they want it,” CEO Evan Spiegel told the Wall Street Journal.

The first step in determining the right way to satisfy your consumers is prototyping. Ensure you carefully inspect the piece, including the hardware materials, ease of use, and price. Your first product could fall flat if you haven’t spent time prototyping.

When prototyping IoT, make sure to identify the most pressing problem. It will assist you in IoT Product Development Is most risky convention. For example, if the most difficult challenge is getting mobile devices to communicate with your product, this is the prototype you can concentrate on.

Instead of spending days or months in the production period, it will assist you in making a big product decision. You’ve now wasted tens of thousands of dollars creating a flawed device.

Do in-depth Research and Development 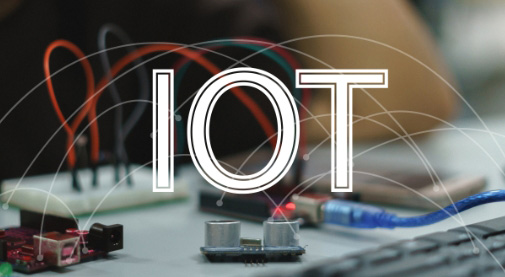 Now that you’ve determined the issues you’ll address in your prototype; it’s time to get to work on it. This includes every part of figuring out what kind of technology you’ll need to develop. You should bear in mind, though, that it will require some research and experimenting.

You must conduct analysis, build, and deploy as part of the operation. It is, in reality, the most challenging problem to solve, but once it is, the road to creating the first IoT prototype would be much simpler. Don’t get discouraged; it doesn’t mean you’re failing; instead, you’re experimenting with new technology to figure out what won’t work for your product.

Many startups struggle not because of their concept but because they tend to overpromise and invest indiscriminately despite provincial capital. Make a point of examining the finances and attempting to use them wisely. The cost of manufacturing hardware on a larger scale also surprises startup entrepreneurs and exceeds their budget. The trick is to win with apps rather than overpromising with hardware.

Now that you’ve calculated your budget, you can begin developing your first IoT Product Development. The method can get more straightforward and faster until you understand how to deal with problems. You will need to read online journals, papers, and videos to solve it.

It’s time to polish the stuff now that you’ve created it. Fix the glitches and inconsistencies that are now present in both the hardware and applications. Examine different facets of the commodity and imagine yourself as the end-user. Putting yourself in the end-user’s shoes will help you for IoT Product Development of new thoughts and solutions. Find out how you can change the product and make it more user-friendly. Ensure the whole staff is involved, then find someone from outside to validate it and get valuable input.

It will sound overwhelming to create the first IoT product, but the business must keep moving forward once you’ve done so. You must be willing to accept the unknown path with its bumps and bruises.