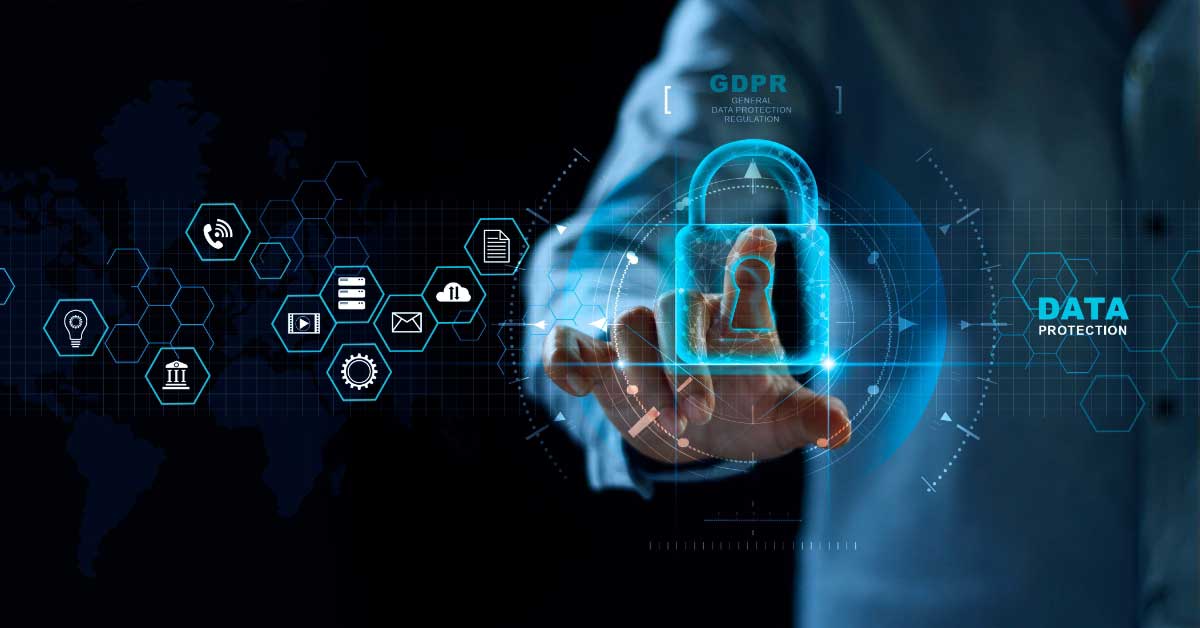 Since the Internet of Things has tremendous economic potential, it also provides criminal actors with a growing toolkit for cyber attacks. According to Gartner, 5.5 million “items” are related every day. It’s no surprise that hackers target IoT devices with poor protection for botnets and other attacks because they are always easy targets.

When physical and digital challenges become more prevalent, the need for IoT Security services to mitigate these risks grows. The weak points in an IoT application will be discussed in this report and the primary techniques for resolving them, such as ensuring supply chain credibility. It would also go into the fundamentals of building a secure defense paradigm.

Attacks on IoT software that could happen

In the national press, a few IoT-related threats seem to be getting the most coverage. In addition, there’s the Mirai botnet, which took down a large portion of the internet last year. BrickerBot, for example, makes vulnerable IoT devices unusable. Stuxnet is well-known in the industrial world for causing physical harm to nuclear centrifuges in Iran. Then there’s BlackEnergy, a ransomware version that knocked out a chunk of Ukraine’s power grid.

Unauthorized access to biological sensing, actuation, and control systems is needed for IoT attacks at the physical layer of the OSI Model. Take, for example, how electronic car theft operates. Since automobiles are simply machines on wheels, hackers have a wide range of options. They will copy a key fob’s radio signals and use them to unlock a locked car. An intruder with physical access to a vehicle’s Controller Area Network (CAN) bus under the steering wheel can do various things, like unlocking the vehicle’s immobilizer, which prevents a thief from speeding away and reprogramming a new key for the car. They may even be able to hack the speedometer, door locks, and other components if they have access to the CAN bus.

Industrial control systems, which have a long history, face a similar challenge. Many industrial types of machinery depend on supervisory control and data acquisition (SCADA), a decades-old technology developed with little regard for protection. As a result, an intruder with physical access to a SCADA device will substantially harm vital infrastructure and industrial facilities.

Medical devices can face similar dangers. To install ransomware, an intruder may gain access to an implantable device like a cardioverter defibrillator or an external medical device like an insulin pump.

Attacks that are solely software-based

This category includes malware such as viruses, trojans, and worms. This category also provides fuzzing, which involves throwing random data at machines to see how they react. Distributed denial of service (DDoS) attacks based on software are likely, but they can also occur at lower levels of the OSI Model. Safety-critical data is one possible example of IoT-related DDoS threat details, such as alerts of a damaged gas line that can go unnoticed if an IoT sensor network is subjected to a DDoS attack. 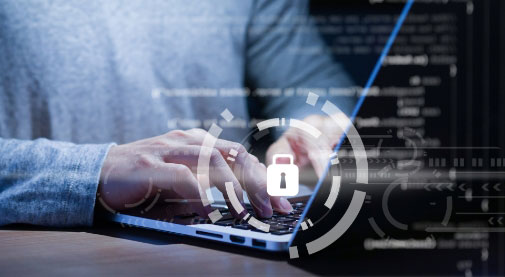 Wireless networking is one of the most serious flaws in IoT devices, as it allows them to be remotely exploited. On the computers, or “nodes,” connecting to the network, many attacks are possible.

Such nodes usually connect with the portal, which is at the heart of an enterprise Internet of Things deployment. The node is responsible for securing all IoT products to the cloud.

Assume you have an industrial IoT program with interconnected gateways that are joined in a mesh network. A hacker will bring down an entire IoT solution by jamming the gateway features with denial of service requests. As a result, a single intruder will prevent a system’s IT and OT components from communicating.

A hacker attempts to recover an encrypted message without having access to the encryption key in this kind of exploit. Brute-force attacks, for example, are where a hacker uses any single password combination to obtain access to a device. The known-plaintext episode, which dates back to WWII, is another way for a hacker to access unencrypted text and its encrypted equivalent. A so-called “man-in-the-middle” attack, in which hackers position themselves between two network nodes to obtain access to their contact, is another potential vulnerability in this group.

The IT equivalent to spotting a liar by their tense actions when lying rather than what they think is a side-channel assault. In other words, without having access to either plaintext or ciphertext, the attacker will deduce which encryption is used. This could act in a variety of ways. An intruder may examine a device’s power consumption or optical or radio emissions. An intruder might also listen to the sounds made by a device’s electronic components and use that knowledge to decrypt the device’s encryption key.

IoT systems, as well as standard IT infrastructure, are vulnerable to side-channel attacks. However, there is a significant distinction between IT and IoT Security. In comparison to traditional IT infrastructure, IoT devices usually use weaker authentication and have fewer security levels.

Why it’s time to batten down the hatches when it comes to the IoT.

IoT systems, as well as standard IT infrastructure, are vulnerable to side-channel attacks. However, there is a significant distinction between IT and IoT security. In comparison to traditional IT infrastructure, IoT devices usually use weaker authentication and have fewer security levels.

Answering questions like these should, in principle, be pretty simple: Is the IoT application’s cloud infrastructure properly configured? What is the total number of IoT devices on your network? Are all of them using hard-coded passwords? What would you do if the IoT solutions were compromised?

The following are some of the security issues that IoT applications can face:

Trustworthiness can be achieved at any stage of the supply chain, including staff, operation, architecture, production, and execution, using IoT applications. If there is a lack of information transfer at some point in the supply chain, security vulnerabilities may arise, potentially exposing the supply chain to a hack. Enterprise organizations should have the policy to discourage unwanted access to critical systems and root out rogue vendors that could exploit technological flaws to gain confidential information.

How to secure IoT from the edge to the cloud

Maintain the credibility of the supply chain:

Enterprise organizations must ensure that their manufacturers and suppliers have specified Supply Chain Management (SCM) protocols in place, which include baseline product testing and model requirements for IoT solutions. They should also be able to include information on the whole production operation. They can also inform the IoT system owner of any system modifications or technological bugs in components. Every system modification, such as interface changes, program updates, and so on, should be shared with the system owner or operator. Supply chain management systems should have access to a dashboard where they can quickly access information about manufacturers and suppliers and any updates in product or element requirements.

Build a chain of trust:

Modules, gateways, and software must all be part of an IoT value chain to ensure a high level of protection for an IoT implementation. The “chain of trust” is enabled by a trustworthy system, and this degree of integrity should be retained during the system’s life cycle and adapted to new developments.

According to the Industrial Internet Consortium’s security structure, the following are the basic categories for establishing a chain of trust:

When a device has any of these qualities, it should withstand the threats that are expected of it.

Peer-to-peer communication between gateways and devices and communication to the cloud are critical components of any connected device or IoT solutions.

The following are critical from a security perspective.

Data-at-rest (DAR) and data-in-use (DIU) are two types of data that must be secured at endpoints (DIU). Data-in-motion encryption necessitates communication security (DIM). To protect data in DAR, a TPM (Trusted Platform Module) storage key may be used. Runtime integrity strategies can control memory access and identify and defend against memory attacks in DIU. Sensitive data can be protected using data tokenization (a form of cryptography).

From a theft standpoint, IP addresses, Fully Qualified Domain Names (FQDNs), and malware URLs are the most popular targets. The Collective Intelligence System (CIF), Trusted Automated eXchange of Indicator Information (TAXII), and Structured Threat Information Expression are only a few of the mechanisms that can detect and counter cyber threats (STIX).

Such technical systems analyze data in real-time, resulting in a sequence of communications. When a user requests relevant data in the STIX process, the method includes information on cyber threats, threat actors, a proposed plan of action, and other data. IoT devices must exchange threats and additional relevant information with the nearby devices on the same network to establish a confidence chain.

With Trusted Platform Modules (TPMs) and a Trusted Execution Environment, hardware protection can be accomplished in an IoT approach (TEE). TPM is a security chip that is located near the CPU on IoT devices. It is primarily used for cryptographic operations, such as generating a security key, saving it, storing data, and other similar tasks. They will use that to secure a platform’s reputation by encrypting files and encrypting passwords.

TEE is a distinct execution framework that distinguishes between operating and security capabilities. It comprises APIs, kernels, and a trusted operating system that performs security tests parallel with the normal operating procedure.

TEE consists of a trustworthy boot platform, a calculated boot mechanism, and an attestation process, all of which are part of the core of trust (RoT). TEEs also aid in the integrity of data collection and software. A stable boot is enabled by a trustworthy boot platform, preventing malware from self-installing during the boot phase. Until executing the boot sequence on the regular OS, a calculated boot loop provides details on any function of the boot sequence.

The attestation mechanism makes it possible to safely communicate its trustworthiness and security criteria with other trustworthy sources. TEEs also aid in the integrity of data collection and software.

IoT stability has arisen as a major concern for all related technologies. A slew of security threats targets enterprise and manufacturing businesses. Organizations pursuing IoT solutions should not believe that only because they haven’t been compromised yet, they won’t be hacked in the future. Hackers can strike at any moment. Cybercriminals may do significant harm to your company’s properties and prestige if you don’t have a strong and well-designed defense structure that stretches to IoT deployments.

The Real-Life Events With Blockchain IoT In The Limelight
September 20, 2021

Dawn Of Artificial Intelligence As A New Hope For Chronic Disease Management
September 14, 2021
What’s Hot
Most
Populer
Commented
Viewed
Most Popular
Most Commented
Most Viewd
Subscribe
Go to Top