How Blockchain plays a key role in securing IoT Data?

Since the last decade, the Internet of Things and Blockchain emerge as two of the most disruptive technologies. Soon, IoT is going to change almost all the everyday stuff we use. With the increasing usage of this technology, the risk of misuse of it also increases. Current technologies would not be enough to deal with this. Hence, Blockchain has come up as a powerful solution for addressing the security issues linked to IoT.

How to Implement Blockchain for securing IoT Data?

With the arrival of crypto coins mining, Blockchain technology started to be known as its leading technology. However, it also has much to do with the IoT.

An enormous amount of data is processed by the IoT, all provided in a chain and opened to cybercriminals attacks. This means the probability begins to take the Blockchain architecture’s power to verify, regulate, and guard the choice of data handled by the devices.

The blockchain can monitor the sensors’ information without being replaced by any inaccurate data to secure IoT Data. Apart from this, to eliminate the technical deficiencies and bottlenecks, we must add point-to-point communication, device autonomy, virtual identity, and data integrity.

As if that weren’t enough, Blockchain and Internet of Things devices are addressable and can store a history of linked equipment, essentially creating a bank where problems can be solved in the future.

As far as IoT is involved, Blockchain technology stands out thanks to its powers to solve scalability, security, and privacy problems. It allows communication between devices, along with tracing millions of connected devices and processing activities. For better privacy in customer data, a decentralized approach should be used to execute cryptographic algorithms. This methodology mitigates faults and gives a flexible ecosystem.

Since the Blockchain is based on an optimal platform, the connectivity it offers is unique, which is considered robust for the fact that IoT solutions needs coordination so that the devices work-integrated without creating difficulties. It is a robust infrastructure, far from the centralized design.

A Trend Towards Security 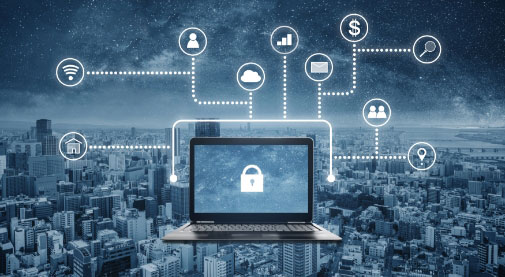 Blockchain Identity is one of those trends for storing information that prevents changes during testing chains of transactions. This formation keeps the data equitably, blocking server leaks.

Also, it is also vital to mention Authentication systems, which need the verification of data and the protection of company and staff information, passed by consent as a right by the General Data Protection Regulations.

When we talk of transactions, we point to the activities performed by the participants of the system. Blockchain reads these or digital communications to be carried out securely, auditable, open, effective, and interruption-resistant.

Each block registers the services with a timestamp and confirms that they are in the right order, without manipulations. If someone needs to join a business to the chain, everyone in the network proves it through an algorithm; the confirmed transactions are collected into a block and allocated to each node.

The new block and continuous blocks are verified with only a fingerprint corresponding to the previous block. Per devices, there are billions of transactions. Using a standardized, point-to-point communication model would decrease installation and maintenance costs in large Big Data centers and the storage of devices that build up the IoT networks, checking failures in nodes moved by a failure or delay.

There is no fraud and much less role in each transaction that takes place. It is offered to use some agreement and validation of peer-to-peer communications so that the secrecy and protection of large networks of the IoT continues.

Based on all devices that can interact with ledgers protected in Blockchain, the devices used in IoT end up being protected in transactions.

The information given by the client can be tracked so that the experience is stable and remains private and durable; moreover, by using storage and encryption, every piece of the chain can depend on the unique number generated by the previous block.

All heavy work falls on technology, through machines, without a human’s need to perform the processes.

The blockchain is an assistant for resolving scalability and trust problems. The answers will always be private, and nobody can overwrite the codes, giving this way the security imagined in the Internet of Things’ actions.

Benefits of Blockchain on IoT

Finally, as advanced technologies proceed to develop, they will join at various locations, improving their blended influence and giving holistic solutions to the difficulties they are expected to address.